Superhero in need of an original script: Kandaswamy movie review 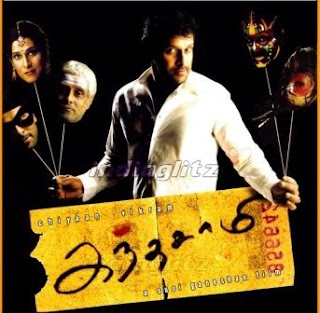 Anyone who has seen Susi Ganesan’s first two films – “Virumbigiren” and “Five Star” – will know that for all the flaws in those two films, two areas that brimmed with original ideas and a sense of vitality were script and screenplay. Be it the wonderful conversations between Prasanna and Kanika in “Five Star” or the touching dialogues given to the kid playing Sneha’s kid sister in “Virumbigiren,” those two films had moments when we thought that modern directors sometimes can do a very good job of trying to get the basics of filmmaking right. But with “Kandaswamy,” Susi Ganesan gets a few things right but unfortunately for the discerning viewer script and screenplay are not among those.

First things first: the movie looks absolutely great. Top notch production values are the strengths of “Kandaswamy.” Ekambaram’s superb cinematography lends the production a glossy look. The aerial shots in the Mexico segment take one’s breath away. And Thotta Tharani’s set designs are a treat to the eyes. The set for the “Meow Meow” song that drips with white all over is a masterpiece. Devisri Prasad comes out with some peppy tunes and a rousing, if at times loud, background score. But alas, “Kandaswamy” is like one of Thotta’s grand sets but with a shaky foundation. For a person who has separate title cards for story, screenplay and dialogues, Susi Ganesan has failed to come up with a winner in any of those areas.

The story is a cocktail of several Shankar movies and even the dialogues bring fond memories of those sizzling lines from the pen of Late. Sujatha (hell, Vikram even says, “Poor get poorer!”). Kandaswamy, played by Vikram, is an officer in the Economic Offenses wing who has his own agenda for helping the poor. Ashish Vidhyarthi and Raj Mohan play corrupt businessmen who are victims of Kandaswamy’s raids. And Shriya plays Vidhyarthi’s daughter with an axe to grind with Vikram. Her methods to get back at Vikram for the sake of her Dad and her subsequent volte face in the second half can be described in three words: Dumb and Dumber.

The modus operandi of Rajni in “Sivaji” is revisited by Susi Ganesan without any tweaks that might have made this film an original at least in terms of presentation. Well no, that’s not right. Vikram’s “avatars” are absolutely original! His first scene where he “flies” all over Mansoor Ali Khan’s room sets up the tone for the rest of the movie – out goes reality, in comes fantasy. I only wish that the fantasy didn’t rely on tried and tested concepts like robbing the rich to feed the poor. And when the plot has holes that resemble Swiss cheese, even Alps-like grandeur can’t save the day! For instance, I lost count the number of times the villains had Vikram at point blank range and waited, waited and…waited for him to escape. Oh, and the investigation led by Prabhu is a joke. When there are umpteen police forces surrounding the tree at the temple, how exactly did Vikram’s team continue to accumulate a huge collection of post-its (!) at their den? Prabhu “investigating” Vadivelu is a funny scene but the underlying dumbness of the investigation takes some sheen off whatever little humor there was to that scene. My point is, a fantasy has to be immensely enjoyable for me to overlook these plot holes but instead, I was searching for answers for these questions without enjoying the coolness of the visuals and the grandeur of the film.

One person that manages to rise above all the mess is Vikram. Though the script doesn’t give him a lot of scope for histrionics, he oozes cool and confidence. He manages to take the mediocrity and unoriginality of the script and makes his character someone that we cheer for. The gentle humor, the sarcasm and the sincerity with which he spouts clichéd dialogues all contribute to him standing tall amid the ruins. But as was the case of Sachin Tendulkar of the 90s, one-man shows make for good viewing but rarely win the game. That sadly is the case of Vikram whose talent is wasted in this movie.
Posted by Ram Murali at 9:12 AM 1 comment: