As a school kid growing up in Chennai in the mid 90s, I had two temptations that were incredibly hard to resist.  One was soft drinks.  Pepsi and Coca Cola fought tooth and nail with one another to increase my glucose levels.  The second temptation was to even harder to resist – to engage in spirited, though ultimately meaningless, debates on the quality of AR Rahman’s music.  It sounded different.  But were the outputs of his keyboard better than the magic of the maestro’s harmonium?  Much money was squandered on audio cassettes (they existed, I promise!) and much valuable time was spent away from differential equations and organic chemistry!  Amidst all this was a music director named Vidyasagar that caught my attention.  Hmm, scratch that.  Amidst all this was a song – the marvelous melody, “Malare Mounama…” – that made people pause during their heated Raja vs. Rahman conversations.  I remember listening to this song on Sun TV, then learning that the movie’s name was Karnaa and then finding out that the man that mesmerized me with this beautiful composition was Vidyasagar.  But the best part was that just when I thought that this man might find it very difficult to surpass the peak that he had scaled with “Malare…”, he proved me wrong.  Time and again. 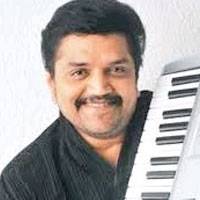 I bought the audio cassette of Karnaa and played it so often that batteries for my walkman needed a separate line item in our household budget!  As lovely a song as “Malare…” was, I realized that I equally enjoyed the “Puththam Pudhu Desam” number in the same album.  I was recently listening to “Puththam Pudhu…” and was stunned by how this song was catchy and melodious at the same time.  Sung by two greats SPB and S Janaki, this song starts off sounding like a catchy duet but by the time it gets to the charanam, Vidyasagar has seamlessly transformed it into a melody, only to soar again with the “kaadhal endru sonnaal…” bit.  Karnaa did fairly well and he got a few subsequent offers in Tamil.

But an unfortunate, unwritten rule in Tamil cinema has been to stick to a nonexistent correlation between the success of a movie and the worth of a technician.  And so, a slew of box office failures meant that Vidyasagar had to find work in Malayalam and other languages outside of Tamil.  While I have heard anecdotally of his stellar work in Malayalam, I had rarely listened to any of his non Tamil language songs.  It was with his fantastic work in Snehithiye (2000) that he well and truly resurfaced in Tamil movies. (Thank you, Priyadarshan!)  And for close to a decade, he went from strength to strength, working in many commercially successful, critically praised movies with good directors, big stars and most importantly meaningful stories (Anbe Sivam, to cite one example) that gave him tremendous impetus to come up with some delightful tunes.

It is rather sad that, again, the box office fate of some of his movies in the past few years have meant that he is rarely seen – heard, to be more precise – in Tamil anymore.  I can only hope that, true to his name, he gets opportunities to showcase his oceanic knowledge of music.  I wish that filmmakers, with an eye for melody, don’t turn a blind eye to his abilities.  Alas, this might just a plea yelled out in a vacuum.  But the fact that I felt a strong, inexplicable need to record my lament is really the result of all the pleasure that his music has given me.  It pains me that I need to go back in time, instead of enjoying newer pleasures that his music is fully capable of gifting listeners.  For now, I will leave you with a dozen of my favorite Vidyasagar songs.

Sincere thanks to all the youtube video owners.  Be warned – the visuals don’t always stack up to the aural delights!  So, I have assigned a picturization score for the songs - let's call it PS.  On a scale of 1-5, 1 signifies an eye sore and 5 denotes a visual delight.

Ram Murali : Simply loved reading this piece. If Benjamin Graham were to write a book on unearthing value in the desert then it would be titled 'Thinking Got Loud'.

Many Thanks for training your searchlight on this underrated and gone-off-the-radar-scope music director.

Anbe Sivam was class. The title song and its refrain in the background of the entire movie is typical of many of the road movies made in Hollywood.

And who can forget Chandramukhi !!

P.S - By a strange coincidence reading this piece in the night after getting back home from the hospital after son's discharge from hospital. He's better now but still not entirely out of the woods. The worst punishment is seeing your child suffer......This is his third operation so far

I'm sorry to hear about your son, Ravishankar. Hope he feels better soon. Our prayers.

Malare and Anbe Sivam are the ones I know and those are really good. I do think the popularity of movies also matter as I have not heard several of the others that you mentioned. VS is a throwback to an era where melody alone mattered.

RaviShankar
My husband & I will include your son in our prayers. I completely agree-I can always handle my problems better but when it comes to suffering of your child, the pain is at a different level. I hope he gets well soon.

Thank you so much for your wishes and prayers.

He will need it.

His exams start next week. even a bout of fever is intolerable at exam time and now this....

My thoughts and prayers are with you and your family. It is horrible to have your kid in hospital and feel so helpless. I hope your son gets better soon.

Thanks so much Anu !

I was cribbing about catching up on office work and meeting stringent deadlines but this bloke has to write exams after having a catheter removed.

Gives you some perspective.

I was cribbing about catching up on office work and meeting stringent deadlines but this bloke has to write exams after having a catheter removed.

--> Ravishanker, thank you for sharing. We are praying for Adithya's quick and sustained recovery. Please convey our wishes to him. I hope that you and your wife are not giving your own health short shrift as you are tending to Adithya. Take care. Better times are just around the corner...

Thanks a Lot Ram and Mrs.Murali !

I've just put him on the plane back to Delhi today.

He's got his exams this week.